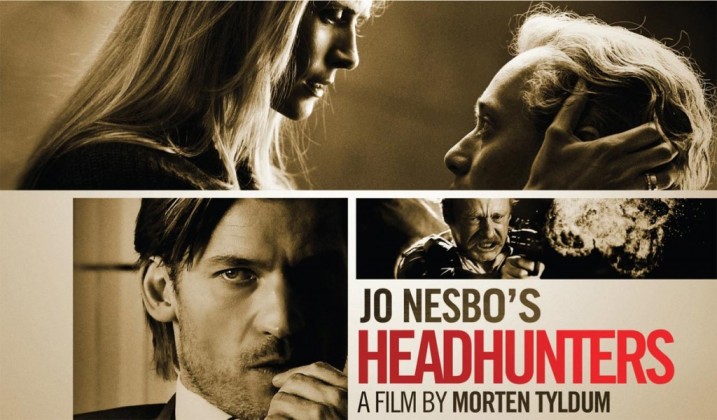 Trying – and probably failing – not to feel smug, I offer you this article in today’s Guardian by number cruncher Charles Gant. A week before the release of Headhunters, confidently expected to be a worldwide hit as a Norwegian film, Gant reports that MGM has conceded that David Fincher’s The Girl With the Dragon Tattoo will make a loss in cinemas (despite grossing over $230 million). Gant questions why Hollywood makes a seemingly pointless remake – our sentiments entirely. Meanwhile, Mark Wahlberg is reported as being interested in taking the lead role in Summit’s remake of Headhunters.

Having just read Headhunters – and enjoying it very much, I’m very much looking forward to the film and I’ll be introducing it on April 14 at the National Media Museum in Bradford as part of a talk on Nordic Crime Fiction. Please come along.

Several years ago I enjoyed a fantasy in which English Literature disappeared from school curricula and was replaced by something much more inclusive. When I saw some of the suggestions in the English Orders (I’m talking about 2000?), I could see the possibilities of different kinds of work, investigating genre fictions across media. I thought it might be fun to study Edgar Allan Poe and Wilkie Collins as authors and explore both their influence on crime fiction and the adaptations of their work in films and on the stage.

Fat chance, eh? The thought police seem to be on the prowl again, attempting to restrict what KS4 students read. If Film and Media students can study Pirates of the Caribbean and sitcoms, why can’t literature students study crime fiction or science fiction? John Mullan has recently had a couple of interesting Guardian pieces exploring Ian Rankin’s Fleshmarket Close as part of the Guardian’s Book Club. It’s OK to do things like this at degree or postgraduate level — why not at 14 or 17?

Studying genres in literature would enable students to learn more about narrative structure, about typing and about social context. (I think I’ve learned a lot about different milieu from reading crime fiction.) I suspect that the range of reading students do at school is narrower than it needs to be.

The other great advantage of genre fiction is that it can be universal. I’ve enjoyed crime novels written in many languages. Having read most of the wonderful Henning Mankel novels from Sweden, I enjoyed the Norwegian writer Jo Nesbo’s The Devil’s Star this summer. A good translator allows access for readers of popular cultures across the world and I think I could argue that this is as important as introducing students to foreign language cinema. And why stop at crime? A good dose of vintage 1950s P.K. Dick would be good for most students.