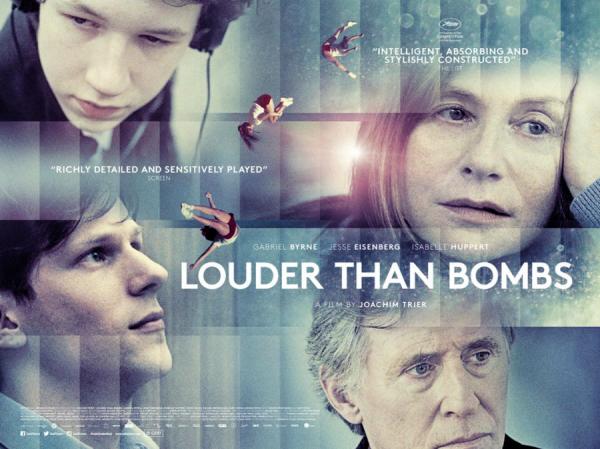 The first English language feature by the Norwegian auteur Joachim Trier, Louder Than Bombs, was released on MUBI as part of the lead up to the launch of the director’s latest film, The Worst Person in the World (Norway 2021) in the UK. I remember the original release of Louder Than Bombs, because it seemed to be part of a cycle of films related to journalists in war zones. I’m not sure why I didn’t watch it at the time but I realise now that it is a more complex form of narrative. It represents a particular kind of European filmmaking presented in an American context which has divided audiences and it is a particularly interesting film for this blog. 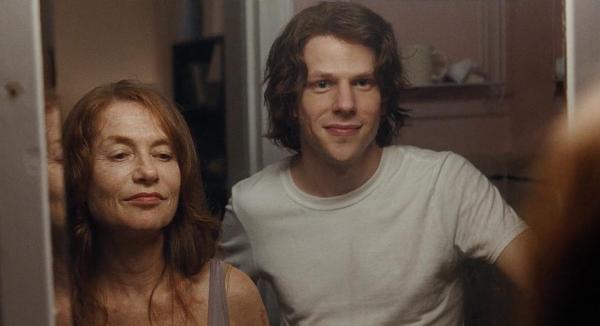 Trier joins a long list of European filmmakers buoyed up by success at Cannes, Berlin or Venice who then attempt to move into productions with bigger budgets and the kind of distribution muscle that international stars and English language dialogue provide. The results are often varied, but North Europeans and Scandinavians in particiular often have the advantage of more ease with English. The Danes, such as Susanne Bier, Thomas Vinterberg and Lars von Trier, have made a number of English language films and Lone Scherfig has been particularly successful in the UK. Joachim Trier to a certain extent hedged his bets with an international co-production and four lead actors with recognition in both Europe and the US (though primarily more in relation to American Independent cinema perhaps). Trier worked with his usual writing collaborators Eskil Vogt, music composer Ola Fløttum and cinematographer Jakob Ihre. 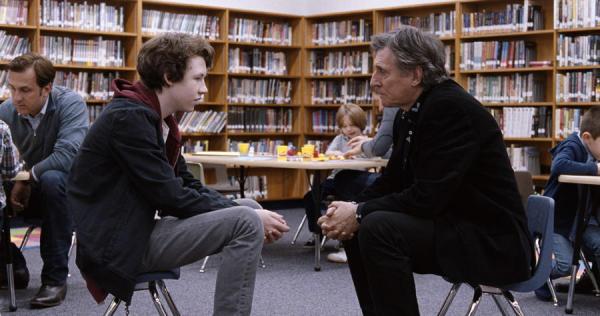 The film’s title is a play on the different effects of the trauma of war. (It’s also the title of an album by The Smiths.) The journalists here are Isabelle Huppert as ‘Isabelle’, a photojournalist and Richard (David Strathairn) who appears to have worked for the same agency. But the narrative is mainly concerned not with the direct experience of conflict reporting but with the trauma that it causes in Isabelle’s home life. In fact the narrative begins a few year’s after Isabelle’s death when her husband Gene (Gabriel Byrne) is being shown a short video about his wife that will appear as an installation in a retrospective exhibition of her war photographs. Gene agrees to the video and learns that Richard has also been commissioned to write a newspaper piece about his colleague. Gene realises that he is going to have to speak to his sons Jonah (Jesse Eisenberg) and Conrad (Devin Druid). Jonah is a university teacher and a new father but Conrad is still in high school – the same school where Gene is a teacher. The narrative enigma involves Isabelle’s death in a road accident. Did she fall asleep at the wheel or did she deliberately allow herself to lose control? David tells Gene he doesn’t want to romanticise Isabelle’s death, implying that the strain and stress (and excitement) of reporting conflicts ‘has its toll’. Gene can’t be sure exactly what David means but he is aware of what was happening in the family. Now he must talk to his sons to prepare them for what the exhibition and David’s piece might mean for all three of them.

Gene meets a new young teacher at his school

Why has the film divided audiences, especially in the US? I think it may be because Trier does not confirm a specific linear narrative, providing a clear resolution. Instead he offers different stories concerning the father and two sons, bringing them together at various points when they overlap. We follow the grieving Conrad through some familiar adolescent rites which don’t get any easier for him when Jonah and his dad attempt to intervene. They have their own problems and memories of Isabelle are interwoven in their separate stories. The presentation too is not conventional, though with Eisenberg and Strathairn being familiar from various independent films we perhaps accept this and don’t expect ‘Hollywood’. Conrad’s story includes his fascination with a particular online videogame but the music and other elements of teen films are not there. As one reviewer suggests, the film does take teenage grief and depression seriously and there is a real attempt to explore what grief means to each of the family members. Trier presumably wants us to pick up clues  but doesn’t make this easy for us. For instance, Gene was once an actor and we see a clip from a fairly obscure film featuring Gabriel Byrne (Hello Again, US 1987). We don’t see Gene teaching and I had to freeze frame the image to see that a whiteboard carried notes about analysing Moby Dick is in the classroom where he unpacks his briefcase. It could be another teacher’s room, but an English teacher seems most likely.

I was engaged by the film but there is something about its presentation that I couldn’t quite clue into. I think I liked the story about Conrad the most and I felt it worked better than those concerning Gene and Jonah. I usually respond to Jesse Eisenberg’s performances but I did find Jonah to be an odd character. I don’t think his strange hairstyles helped but it his interactions with Conrad, which we might expect to be difficult, didn’t work for me at all. According to IMDb the budget for the film was around $11 million. I wonder if this is just an American production mark-up on a standard European budget for a film that seems to have been made mainly around the small town of Nyack in the Hudson Valley north of New York. Did Trier have to pay more for Huppert, Byrne and Eisenberg? Was it really necessary to cast Huppert as the photojournalist? I’m always happy to see her in any role but here she is inevitably more like an iconic portrait or a memory on tape. Would a less well-known face make for a different kind of memory? But perhaps I’m arguing for a different film. This one has introduced me to Joachim Trier and I enjoyed it enough to look forward to watching his latest film and perhaps exploring some of his other early work also on MUBI.