The locals of Cartagena in El Año del descubrimiento

Great news! ¡Viva!, Manchester’s Spanish and Latin American Festival returns for its 27th edition, running from Friday August 6th until Sunday 22nd August. Usually held in the Spring but with 2020’s festival being delivered across two programmes in 2020 because of Covid restrictions, ¡Viva! returns in the height of Summer 2021. It’s a cracking programme with 18 films, 11 of which are UK premieres. There will be the usual ‘added value’ features of introductions by the curators and recorded contributions by filmmaker guests. Café Cervantes, a free but ticketed event on Saturday 21 August, offers you an opportunity to share your thoughts about the films you’ve seen while practising your Spanish with native speakers and other festivalgoers. The programme includes eight Spanish features but also has space for some of the smaller Latin American producers such as Paraguay, Bolivia, Columbia and Dominican Republic plus a trio of Chilean titles. I’ve seen just one of the films so far and I can fully recommend the terrific Identifying Features (Sin señas particulares, Mexico-Spain 2020).

The festival opens on August 6th with the UK premiere of El Robo del siglo (Argentina 2020), the entertaining true story of a 2006 bank robbery, one of the most famous and complex heists in Argentinian history. There is a strong contribution by Spanish films this year including El Año del descubrimiento (The Year of Discovery, Spain-Chile 2019) an epic (200 minutes) documentary by Luis López Carrassco offering a fascinating insight into contemporary Spain, through the lens of recent history told by the locals of Cartagena, a naval city in southeast Spain. The year in focus is 1992. The festival notes suggest that this is “a rallying cry to the left and centre left to mobilise against unchecked capitalism and the far right”. On a lighter note La boda de Rosa (Rosa’s Wedding, Spain-France 2020) is a romantic comedy by Icíar Bollaín and Nora (Spain 2020) by Lara Izagirre offers a road-trip through Northern Spain in a Citroën Dyane 6. 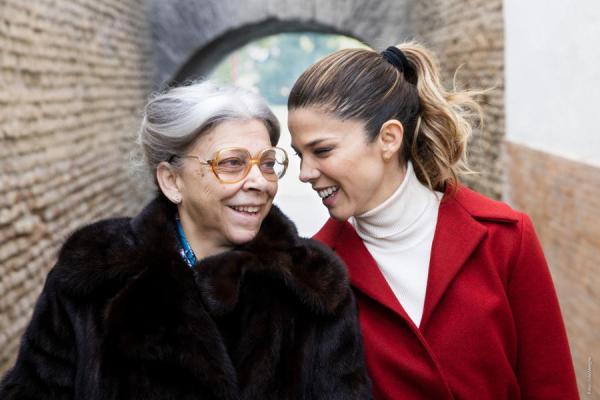 The two women sharing a flat in El Inconviente

El Inconviente (One Careful Owner, Spain 2020) by Bernabé Rico is a comedy drama in which a young woman moves into a flat only to discover that the former owner, an older woman, is still legally there. The two must find a way of living together. La Última primavera (Last Days of Spring, Spain 2020) by Isabel Lamberti is a début feature, a drama set in Europe’s largest shanty town on the outskirts of Madrid. Las Niñas (Schoolgirls, Spain 2020) by Pilar Palomero is another film set in 1992 about a young woman finding her own identity in a convent school setting. It won several Goyas for the creative women behind the production including script, camerawork and direction as well as Best Film.

Los Fuertes (The Strong Ones, Chile 2020) is an acclaimed gay love story by Omar Zúñiga, set in a Chilean fishing community and described by The Hollywood Reporter as a “queer festival darling”. Salvador (Colombia 2020) by César Heredia is a romance drama set in the 1980s in Colombia and Apenas el sol (Nothing But the Sun, Paraguay 2020) by Arami Ullón is a documentary exploring the diversity of indigenous peoples in Paraguay and focusing on the under-represented Ayoreo people. Diablada (Chile-Venezuela 2020) tells the true story of a serial killer who operated between 1998 and 2001 and Pseudo (Bolivia 2020) by Gory Patiño, Luis Reneo is a ‘social thriller’ set in La Paz. Mosh (Dominican Republic 2019) by Juan Antonio Bisonó tells the story of a 16 year-old dancer who lives with her mother and her cousin, Gerónimo, an aspiring rapper. The festival brochure tells us it offers  a dazzling riot of colour, music and movement that is by turns poignant, funny and tense”. Jason Wood, HOME’s Creative Director: Film and Culture and author of the Faber Book of Mexican Cinema will introduce Nuevo orden (Mexico-France 2020) by Michel Franco.

I hope this is enough to whet your appetite – you’ll find the other equally exciting titles in the full listings. ¡Viva! is always a favourite festival for me. I won’t be able to get there this year but thanks to the curators I’ve got the chance to preview some of the films and reviews will appear here. If you can get to Manchester do give it a whirl and enjoy the chance to see the best of recent Spanish and Latin American cinema. Festival Bookings are now open and further details of all the films can be found on the ¡Viva! pages of the HOME website.

Thanks to the curators: Rachel Hayward, Head of Film, Jessie Gibbs, ¡Viva! Festival Coordinator, and Andy Willis, Professor of Film Studies at the University of Salford and HOME’s Senior Visiting Curator: Film.