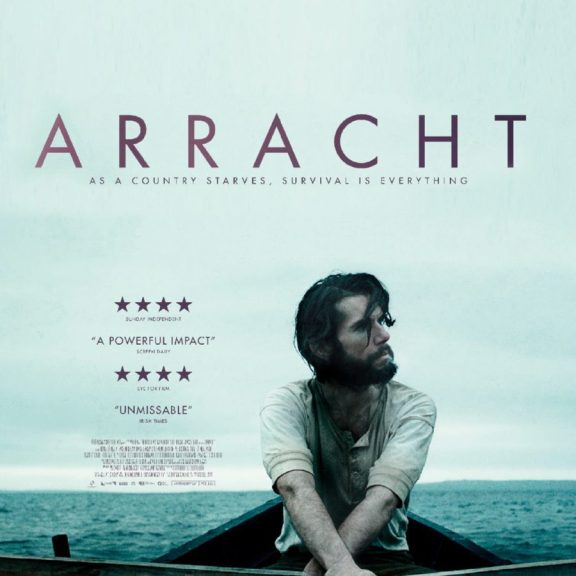 This debut feature shot in just 20 days on the coast of Connemara (the seaboard of present day Co. Galway) tells the story of one small community at the time of potato blight and famine in 1845. It’s a narrative that focuses on a personal story of survival within the context of the wider story of English indifference to Irish suffering. The inciting incident is the arrival in a small fishing community of an Irishman, Patsy (Dara Devaney) who has served with the British armed forces. He is most likely a deserter and he has strong anti-British feelings. A fisherman Colmán Sharkey is persuaded to put him up  for a few nights. The potato blight is coming soon and Colmán can smell it on the wind. At the same time, the local English landlord has raised the rents on the smallholdings. Colmán decides to try to persuade the landlord to delay the rent rise for the whole community but foolishly perhaps he allows Patsy to join his delegation. What happens next will drive Colmán into hiding during the terrible impact of the famine. Colmán represent a man at peace with the world in before the blight arrives. He’s an intelligent man with extensive local knowledge of his environment and an uneasy but stable relationship with his landlord. But his world is going to be turned upside down. 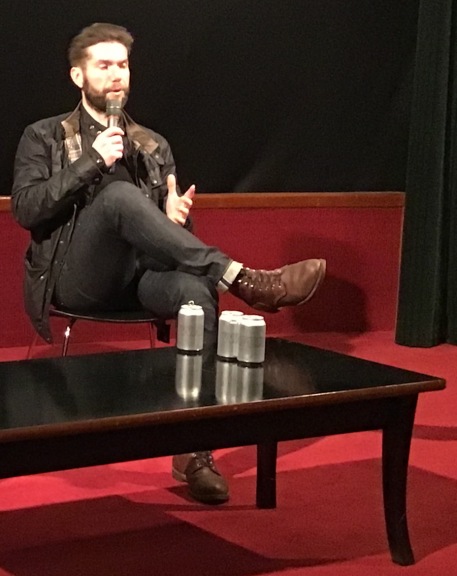 Dónall answering a question in GFT2

The central section of the film focuses on Colmán’s almost impossible struggle for survival as most of his friends and family succumb to starvation and disease. His salvation comes partly from his chance encounter with a sick young girl Kitty (Saise Ní Chuinn) who he is able to save and who will help him remain sane. In the final sequences, the past will ‘return’ and Colmán will find some form of closure. I’m outlining the narrative in this way to demonstrate that this is not a full scale story of the famine, or of English persecution of the Irish and the resulting migrations from the West of Ireland. It’s much more one man’s story. We were lucky in Glasgow to have the lead actor Dónall Ó Héalai present for a Q&A. This was the second screening of the film at GFF, the first being the UK premiere. Dónall proved an engaging guest and spoke about the intense preparation for the shoot, including the ‘controlled’ starvation dieting and the skills needed for the water-based sequences. I found these an interesting aspect of the story. In discussion, Colman explains to the English landlord that many families gave up their fishing traditions because growing potatoes was easier. Colman’s use of his own boat takes him outside of the economic trap that catches his neighbours. Those who survive also need to know the old ways of using local resources like the kelp on the rocky shore as well as the shellfish. 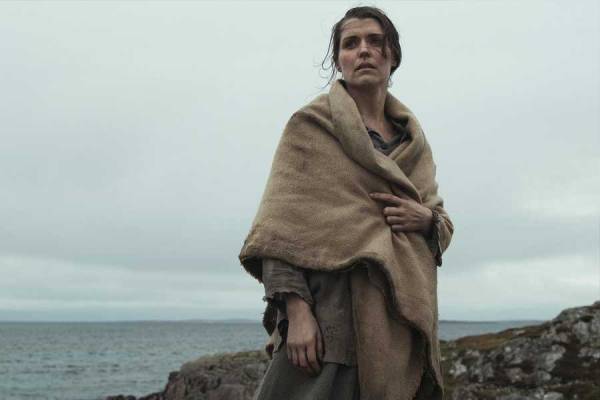 Siobhán O’Kelly as Áine, one of the survivors in the community, who, like Colman, has the knowledge of flora and fauna

The film is the début effort of writer-director Thomas Sullivan. It features stunning cinematography by Kate McCullough in CinemaScope ratio and her long experience of documentary is evident in presenting Colmán’s life in hiding and at sea. Music by Kila and editing by Mary Crumlish add to the presentation of the local environment. Many of the cast, including Dónall Ó Héalai, are locals. This part of Connemara is an important region in the Gaeltacht and the film uses Gaelic throughout apart from the confrontations with the English and their agents. At just 86 minutes the film offers a thrilling and hard-hitting experience illuminating one aspect of the colonial suppression of the Irish. I was reminded of a similar representation of British exploitation of colonised people some thirty years earlier in The Nightingale (Australia 2018)  which featured the experience of an Irish woman at the hands of British soldiers as well as the murder of indigenous peoples. 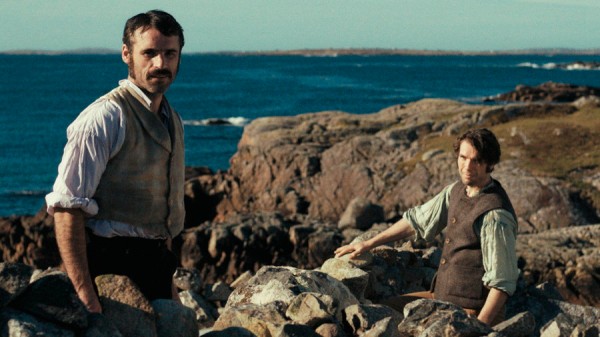 Patsy and Colman outside Colmán‘s home close to the sea

The rights for distribution of Arracht are held by Break Out Pictures for Ireland and the UK. The Irish release date is April 3rd. In the UK, the company is listed as ‘Break Thru Pictures’ and the film is listed for the same opening date but no details of how many screens or locations are on the release schedule as yet. There is also an ‘international title’ of ‘Monster’ which may be used in other territories. That is an ambiguous title that could refer to Patsy Kelly or to the famine or the British colonialists. I was very impressed by Arracht and I hope it finds its audience in both Ireland and the UK. Most of the reviews I’ve seen have been very good but the rather dismissive view in Sight and Sound seems to me to miss the point of the film, comparing it to Black ’47 (Ireland 2018) and complaining that it has “no similar wit or ideas”. I was unable to catch Black ’47 in the cinema but will look out for as it is set in the same region during the famine. It seems to be a ‘larger’ film with a starry cast and more of an action narrative. I think there is room for many more stories from the 1840s, especially in post-Brexit UK obsessed by an imaginary past. The Glasgow audience clearly enjoyed the film.