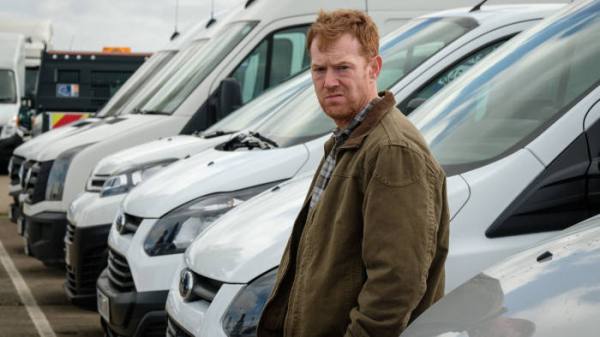 I, Daniel Blake told it how it is in Tory Britain; as does Sorry We Missed You. Tory Britain is a place of exploitation, discrimination and a callous, uncaring state that treats working people as an underclass. MP Rees-Mogg’s recent remarks about the Grenfell disaster (the victims didn’t show common sense) is emblematic of how the Conservatives are unfit to rule. There’s only one way that compassionate people who vote Tory will perceive this film: they won’t believe it. That, of course, is a mistake as scriptwriter Paul Laverty does the research and everything in this film has a ‘truth’ which is moulded into a melodrama.

Director Ken Loach is most famous for Cathy Come Home, a 1966 BBC TV drama that led to the creation of the charity Shelter for homeless people. In those days of three television channels a significant proportion of the population watched the same programme at the same time and roughly 12 million people saw the drama (about 25% of the UK population at the time). Nowadays it’s virtually impossible to make anywhere near the same impact. That said, both of Loach’s last two films should have led to the same outrage of 50 years ago.

Sorry We Missed You dramatises the ‘flexible workforce’ beloved of Tory businesses because it reduces their costs and increases profitability (and reduces prices for consumers). However, the human cost to the workers and their families is hidden, except in the liberal press and some Twitter circles; occasionally a tragedy reaches the BBC. For the first half hour of the film I felt I was watching a documentary (the content not the form of the film) as I learned nothing but once I became emotionally engaged with the family’s predicament the film turned into a heartbreaking melodrama (incidentally, once again used as a term of abuse in Mark Kermode’s otherwise reasonable review). The only false note in the film was the under-developed character of the ‘rebellious son’; he veered too much between surly and caring and there was no back story explaining his political awareness.

Typically for Loach’s films the mise en scene is a fairly ugly long lensed affair; he uses telephoto lenses that flatten the scene (so it looked like people were always about to be run over by passing vans in the depot) as a way of getting authentic performances. Moments of humour and lyricism are few but that’s not entirely inappropriate in a film that portrays what nine years of Tory government have done to the country.