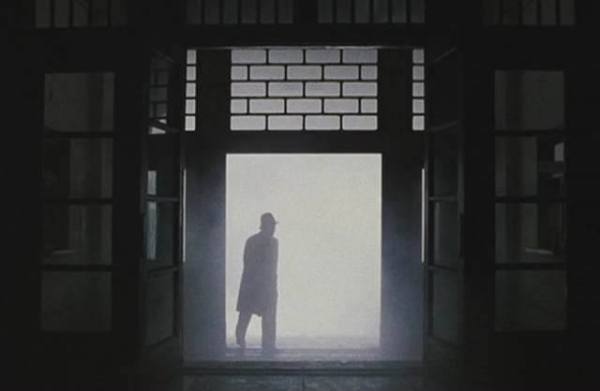 Kore-eda Hirokazu’s second fiction feature came after he had returned to his documentary roots to make the feature length TV documentary Without Memory in 1996. This featured a study of a man with a condition which prevented him from creating any new memories. It was caused by a failure of hospital procedures following an operation (actually a decision to withhold medication for budgetary reasons) and Kore-eda and his crew became involved with the man and his family in a form of participatory documentary. See this Senses of Cinema outline (with further links). The 84 minute documentary is available on YouTube with English subs and an introduction in English. Taking a camera crew to visit this young family man, Kore-eda discovered that each time they met him, Sekine Hiroshi would have no memory of their previous visit. By making the film, Kore-eda was in effect providing a form of memory for him. From a Guardian piece from 1999 by Jonathan Romney we learn that, from the age of six, Kore-eda had experienced the impact of Alzheimer’s disease on his grandfather and how as a high school student he had fashioned a script based on Richard Fleischer’s Fantastic Voyage (1966) in which he would shrink himself and enter his grandfather’s brain to trigger his lost memories. It’s worth noting that the impetus to make a documentary about memory loss is prompted by a personal experience and a desire to expose a social injustice caused by government failure. These two starting points are common for many of Kore-eda’s later films. 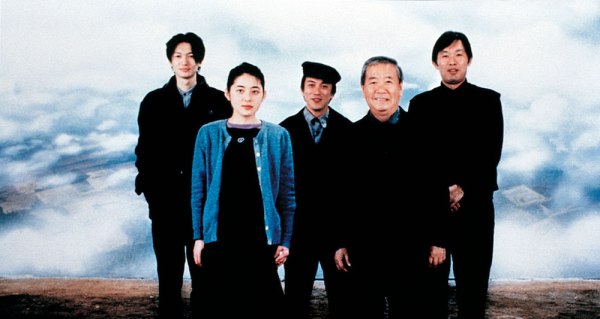 After Life was a surprise hit in North America and other international markets, possibly because of its presentation of a recognisable genre scenario – i.e. compared to most other Kore-eda films it seems immediately ‘universal’ as a narrative (and because it seems to refer back to Hollywood titles- the Japanese title is ‘Wonderful Life’). The film presents a ‘speculative fiction’ in which whenever somebody dies they find themselves in a ‘way station’, a kind of purgatory in the Roman Catholic sense, but without the connotations of suffering and usually confined to just seven days. Although there is no suffering as such, there is a task with deadlines. Each person is interviewed by one or two bureaucrats who require the newly deceased to select one important memory from their life. This is a memory that they will take with them into the after life. It will be their only memory, all others will be erased. They arrive on a Monday and they must decide by Wednesday. The staff will then produce a short film of the memory and these films are shown on the Saturday before the deceased are finally sent on their way. As reported in the Romney piece, Kore-eda explained that After Life is different from similar films in the West because there is no sense of ‘judgement’ at the time of death in Japan. This led to Kore-eda to find several non-professional actors and to treat them like documentary subjects. So in some cases the newly deceased characters are speaking for ‘real’ about their memories.

Kore-eda locates his way station in an old, nondescript institutional building, perhaps a school, on the outskirts of a city. The first arrivals walk up the steps, out of the mist and into the hallway where they are registered and asked to sit in the waiting room. I was reminded of two British films. Powell and Pressburger’s 1946 A Matter of Life and Death (known as Stairway to Heaven in the US) has a similarly bureaucratic welcome to heaven after the deceased have come up a long moving staircase. The very different and less well-known J. B. Priestley adaptation They Came to a City (1944) is not necessarily dealing with the deceased but takes a motley group of characters who climb through the mist to a gateway through which they are invited to visit a wonderful new city – a metaphor for a new (socialist) post-war world. Will they go to look? What will they think of it? Will they stay? In some ways this is linked to Kore-eda’s ideas. 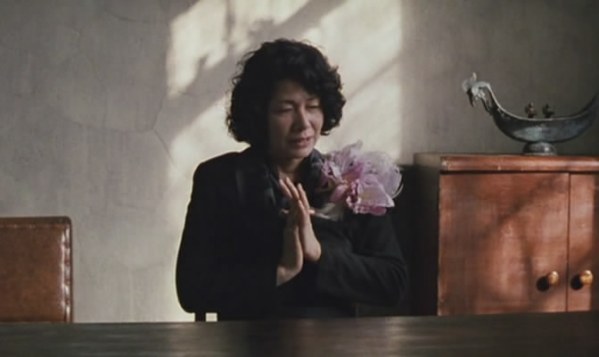 One of the recently-deceased talks about her memories

While the idea of creating a film of a memory clearly derives from the Without Memory documentary, there are several other ideas being addressed in After Life. There is a limited number of characters in the cohort of the newly deceased (22) and they range from young to old, with a wide range of backgrounds, personalities and attitudes. What the narrative is really ‘about’ is a teasing out of what it means to be human or what it means to have ‘lived’. It’s difficult to imagine that anyone could watch this film without ever thinking, however fleetingly, “Which memory would I choose?”. The corollary might then be: “But whatever I choose, if that is the only memory I have for eternity, it’ll be hell!” But Kore-eda doesn’t really follow that through. What he does do, though, is to focus equally on the recently deceased and the bureaucrats who have to deal with them. I’ve termed them bureaucrats but really they are more like guides/helpers/counsellors. Eventually, you will start to wonder who these people are who carry out the interviews and organise the filming. All will be revealed if you haven’t guessed already. 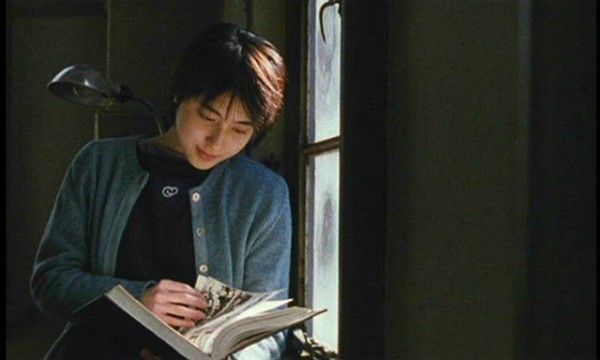 The films that are made from the memories are interesting not just for the kinds of memories that are represented but also for the way in which the film production process is presented. A typical commercial science fiction or fantasy film would probably present these in ways which emphasised their generic qualities with special effects, music and extravagant art design. Kore-eda chooses instead to present a documentary-style glimpse of film production by a group akin to students shooting a film school studio exercise. Similarly, we get to see the ‘audience’ of the deceased and the counsellors trooping into a cinema to watch the results.

What is the overall impact of After Life? I think it very much depends on how an audience reacts to the quite personal challenges that the narrative poses and which of the characters and their thoughts about memories resonate most. There is also the parallel narrative about the bureaucrats/counsellors to consider. One outcome may be that we learn something about ourselves from seeing what happens to individuals and learning their stories. In that sense this is a deeply humanist film. I should also say that the film isn’t morbid in any way. It has sequences that are comic, some that are romantic. It might be summed up by a device in the ceiling of a corridor which uses different cut-outs in the sky-light to change the view of the sky. Some reviewers have suggested that the film is actually a study of filmmaking with Kore-eda deliberately using the juxtaposition of documentary and the artificiality of studio filmmaking to make us aware of how we engage with ideas on film and how films help us to develop memories.

This was the first of Kore-eda’s films to prompt an American remake, suggesting it has mass universal appeal. This would happen again with the later films, especially Like Father, Like Son (2013) but I’m not aware of any remakes actually emerging as yet. I realise I haven’t mentioned the performances (all good) or the crucial coming together of stories in the latter part of the film. I won’t spoil that moment but look out for the retired office worker Watanabe (Naitô Taketoshi) who can’t choose a memory, causing problems for the counsellor Mochizuki (Iura Arata) and his assistant Satonaka Shiori (Oda Erika), the young woman who seems to have a crush on him.

Here’s an unofficial trailer for the film: