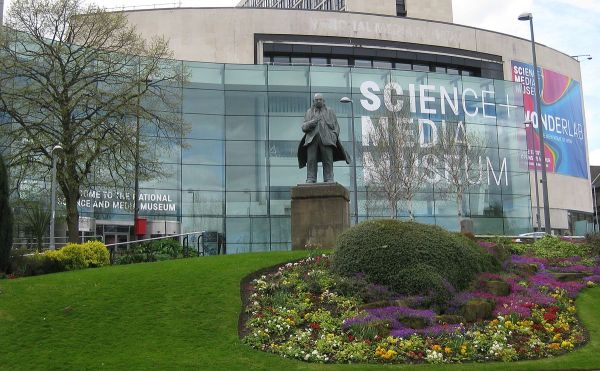 The ‘Science and Media Museum’ in Bradford is conducting an audience survey. You likely have missed this. It does not seem to have been much publicised and I searched in vain on the Museum Webpages for it. I finally sent in an email request and received a link to the following:

The Museum is keen to understand its visitors and what motivates them . . .

These are mostly tick boxes as well. It is rather boring and also includes questions about one’s age and the usual dubious list of what are called ‘ethnic categories’.

But there are three occasions where there are boxes for composed comments, which, with a little imagination, can be used to suggest matters about programming, titles and formats that one would appreciate. This may, perhaps, bring a little influence to the future programming.

The context for this is [as reported here] Picturehouse are ending their contract with the Museum at the end of October this year. We know three things about the Museum plans. They intend to take back the running of the three auditoriums; Pictureville, Cubby Broccoli and Imax. They have promised to bring in a filmgoers membership scheme akin to that run by Picturehouse; [ the point of the survey]. And they apparently intend to sub-contract the programming to an agency, but who or what is unknown.

At present the Museum’s two film auditoriums make the Museum one of only three venues in Leeds / Bradford that are capable of screening ‘reel’ films. And, despite the limitations of the Picturehouse programme, the venue has been one of only two that offer frequent screenings of art films, foreign language films [excepting Hindi-language cinema] and true independent productions. The other is the Hyde Park Picture House in Leeds. But the latter closes for up to twelve months in January 2020 as part of the major redevelopment. If you want to see any of the Cannes Festival titles that Roy has rightly praised it is likely to depend on the programming at the Museum. Otherwise it is trains or cars to Hebden Bridge, Sheffield or Manchester.

So take the ten minutes, [it is about that], to complete the questionnaire and take every opportunity to write in favour of a varied quality programme of films.

Postscript: The link is now displaying ‘the survey is closed’.

If you have missed being able to complete the Survey you can complain to: