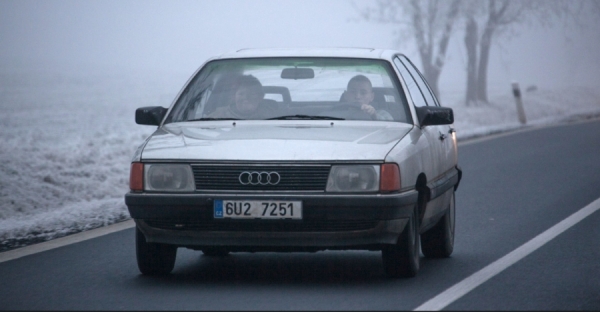 A road trip in a wintry Czech Republic

LFF came up trumps with this comedy roadtrip. I enjoyed the film very much and was dismayed that the morning showing was not well attended. When Olmo Omerzu introduced his film I thought that this tall, gangling young man looked vaguely familiar and by the end of the film I had realised that I’d seen him receive praise at the Bradford International Film Festival for his first feature A Night Too Young (2012). It’s great to see a young filmmaker growing in confidence on this his third feature. Just as in A Night Too Young, the new film takes two younger teenagers as its entertaining central characters. In the earlier film the boys were 12 but here they are a couple of years older – but still not old enough to be driving across the Czech Republic. In the Q&A that followed Olmo told us that the script had been written by a teacher and that it had won a prize in a radio drama competition but that the ‘bad language’ content had made it impossible to broadcast. Omerzu took a long time to find two young non-actors and they strove to learn the script. The result is an absolute joy. 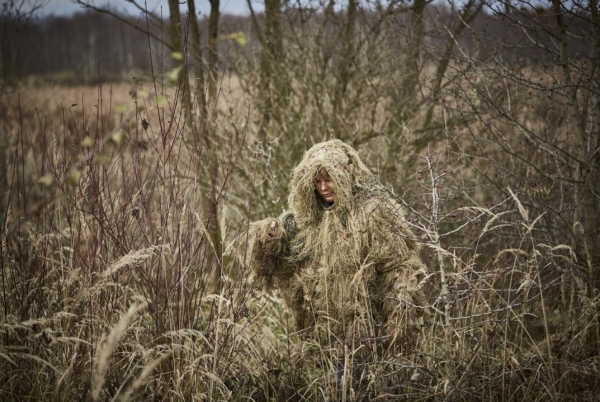 The film opens with what I thought at first was a hunter dressed in a fancy dress costume as an enormous flightless bird. But then I realised it was an overweight boy rather alarmingly carrying what seemed to be an assault rifle. But any fear was soon undercut by his struggles to clamber over some large pipes leading into a lake, not helped by the hood of his costume falling over his eyes. This is Heduš and soon we also meet Mára who has hot-wired a car and reluctantly accepts Heduš (who he knows) as a travelling companion. Soon, however, Mára appears to have been arrested and the car impounded. Olmo Ormetzu is telling the story in non-linear fashion and we return to the road trip via the interrogation of Mára by a female police officer. But the key to the narrative is that we very gradually begin to doubt the story that Mára is telling. Is it all a fantasy with a simple explanation or did it really happen precisely as he recounts it? 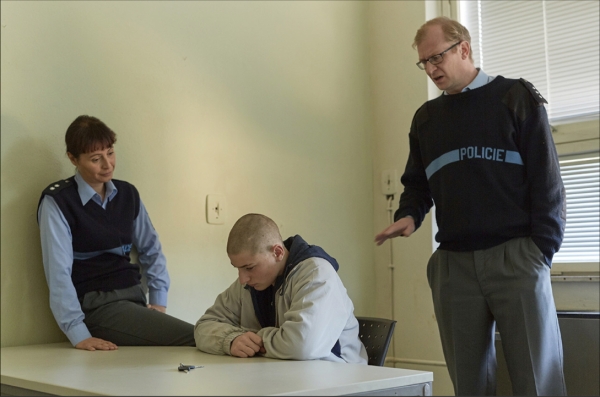 Mára tells his story in the police station – how much of it is true?

This is a road trip and the boys meet various characters and have various adventures. These are not ‘bad lads’. Mára is very bright and cocky, Heduš is naïve and still child-like – his rifle is a toy, but proves useful on a couple of occasions – but he is also quite resourceful. It isn’t difficult to root for them. The two police officers are rounded characters too, the male one being more aggressive but the female one more cunning. We are on the boys’ side. As the title suggests, it is winter and not the best time to be ‘on the run’. The winter landscapes are presented in drab colours and in compositions for the CinemaScope frame by Lukás Milota who has shot all three of Omerzu’s films. Music is important in road movies and there is an interesting mix here. I should have asked the director about the soft reggae track. The film is well-edited to strengthen the narrative drive incorporating a non-linear structure. The dialogue is beautifully written and the performances by the boys are exceptional. The ‘bad language’ mainly arises from two young teenagers with vivid imaginations confronted at one point with a young woman in her early twenties thumbing a ride. But enough of that, there are plenty of adventures and something magical about Mára’s stories of his grandfather who taught him everything he knows (including how to revive houseflies!).

I hope some enterprising sales agent manages to sell the film for distribution in the UK. I can’t imagine anyone not enjoying Winter Flies. I won’t be so slow to recognise Olmo Omerzu next time and I look forward to the possibility of seeing his next film. Here’s the international trailer: