When I venture out of the beleaguered land of Brexit I always look on the Europa Cinemas website to check out the most interesting cinemas in the cities I hope to visit. On a recent trip to Bordeaux I discovered the aptly named ‘Utopia’. The Utopia is situated in Bordeaux’s UNESCO World Heritage district – the entire early 18th century city centre with more listed buildings than any other French city outside Paris. ‘Utopia St. Simeon’ is housed in a former church and offers 5 salles distributed around the building. There are 555 seats distributed across the 5 screens. The cinema opened in 1999. There is also a large and friendly bar-restaurant and tables outside in the square. It’s a great place to visit and just enjoy the atmosphere but it’s the programme which provides the real joy. 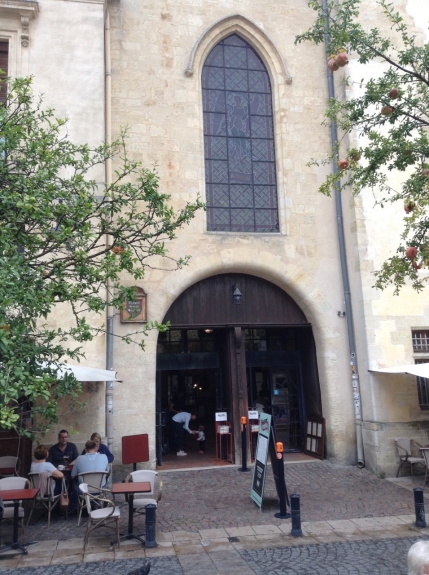 The entrance to the Utopia in place Camille Jullian

Scanning through the programme for September 2018 is a real eye-opener for a UK cinephile. There are films that have been big prizewinners but are yet to open in the UK such as Nuri Bilge Ceylan’s The Wild Pear Tree (Turkey 2018) and new films from France and Germany that I doubt will appear in the UK. There are documentaries and programmes of short films and animations and there are re-releases. In France re-releases seem to get much better distribution than in the UK and the programmes seem to be more ambitious. Utopia showed Edward Yang’s A Brighter Summer Day (Taiwan 1991) in the uncut 236 minute version, Joseph von Sternberg’s Japanese film Anatahan (1953), Joseph H. Lewis’ Gun Crazy (US 1950) and a day of polars with three Jean-Pierre Melville films and a Tikano Takeshi. Spike Lee’s BlacKkKlansman and other independent American releases are joined by new films from Kurosawa Kiyoshi and one of several events remembering May 1968. I was most surprised to see details of a 2012 Belgian documentary about the great Lancashire classical singer Kathleen Ferrier (1912-1953) with a Q&A with the film’s producer.

Thinking about it carefully, the programme is not that dissimilar to HOME in Manchester, a much bigger enterprise with the same 5 screens (but also theatre spaces and galleries). But I would argue that there are more foreign language films and a greater diversity of films in general. The one difference is that in the UK, without as much funding support, independent cinemas are forced to show the more commercial US and British pictures, the so-called ‘Hollywood art’ or ‘awards films’ to cross-subsidise foreign language films. In France it would seem that ‘cultural cinema’ still survives and the commercial releases are in the multiplexes, three of which are relatively close to Utopia in the centre of Bordeaux with around 38 screens between them. There is a second Europa Network Cinema, Cinéma Jean Eustache in Pessac outside Central Bordeaux. This also has five screens. 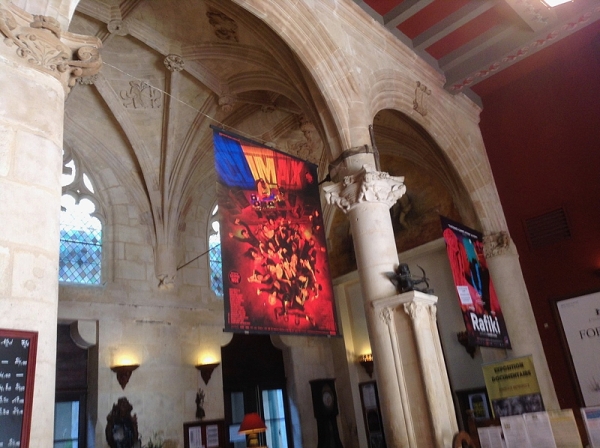 The ceiling above the ‘box office’

At the time of our visit, I decided to see Leave No Trace for the second time (my partner was seeing it for the first time). The film was in its opening week at the Utopia, one of the few films on the programme that got a UK release before France. The film shows up very well on a second viewing and confirms its position as one of my films of the year. The screening followed the French pattern – a single trailer for a new French film starring Romain Duris (Nos batailles, France 2018, which looked interesting) and then straight into the feature with no ads or exhortations to join a membership scheme. The standard ticket price is €7 and the morning matinée is just €4.

The screen in Salle 2

If you visit Bordeaux, do look up the Utopia, it’s only a 100 metres from the main shopping street. If there isn’t a film you want to see it’s still worth soaking up the atmosphere and having a beer or a coffee. If you are travelling to Europe, the Europa Cinemas Network is a great resource, listing 1121 cinema in 677 cities in 44 countries. As the number of countries suggests, the network extends beyond Europe into Asia and there are three Europa cinemas in Quebec. The aim of the network is to promote the exhibition of European films and to encourage understanding by audiences, especially younger audiences. The network model offers member cinemas support and funding via the Creative/MEDIA and Eurimages programmes in exchange for programming with a significant amount of European film screenings.