Uffe (Soren Malling) rises to make a speech at his son’s wedding. Can he keep his promise not to be controversial?

For my state of mind and my tired brain, I was relieved that my first day of three at the London Film Festival ended with a Danish comedy drama starring one of my favourite actors, Søren Malling. This was a ‘Scope picture presented on the big screen at Curzon 1 Mayfair with an appreciative Thursday night crowd who enjoyed what is a major Danish production. This UK screening came just a week after the official release in Denmark. The Q&A with director Henrik Ruben Genz was equally entertaining and I’m sorry I had to leave before it was over.

The Word of God is an adaptation of a Danish bestseller from 2004 written by Jens Blendstrup, the youngest ‘son of God’ in what is an autobiographical novel. ‘God’ is Uffe (Søren Malling) a familiar character in a number of narratives. In 1986, around the time of the Chernobyl disaster, Uffe’s traditional parenting methods are being called into question. His eldest son has left home and reversed all his father’s teachings, becoming a God-fearing Christian in what in the UK might be called a ‘happy-clappy’ evangelical community by non-believers. Second son Thomas has convinced himself that he has agoraphobia and can’t leave the house and Jens, the youngest is a 14 year-old ‘genius’ poet/writer. Swedish mother and wife Gerd Lillian (Lisa Nilsson) tries to keep this lot together. Uffe has a simple strategy to deal with both joy and despair – he makes ‘Army soup’ from his younger days, a ferocious concoction of unpeeled onions stewed in concentrated soup stock and schnapps. In his professional life he runs a psychotherapy group that convinces its members to abandon medical drugs and instead to progress with groupwork interaction (and copious amounts of beer and cigarettes). Beer is referred to as ‘vegetables’ (i.e. to accompany the soup). The ‘narrative disruption’ is double-headed when Uffe’s eldest returns to announce his marriage and Uffe himself discovers that he has developed potentially terminal cancer – and that he doesn’t want to accept new chemical treatments. In times of stress, as well as making his soup, Uffe retires to his ‘Arabic corner’ and smokes a shisha or hookah. When he discovers that Jens is a writer he unearths his typewriter from the ‘Swedish chest’ that Gerd Lillian brought as a her dowry and attempts to write his autobiography, inspired by Jens’ success writing morbid poetry. The narrative question becomes ‘can the family stay together and resolve their issues’? 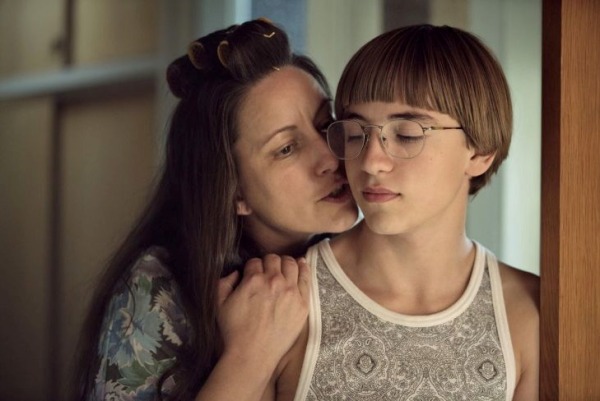 I enjoyed The Word of God very much. It is funny and it is also quite moving, because of the performances I think. Lisa Nilsson is very good in a difficult role as the mother and the family rings true. Watching it I was reminded of two films for different reasons. The plot is very similar to that of East is East (1999), a British film which was very successful but which disturbed me greatly because of its representation of a Pakistani father and mixed-race children. It was also an autobiographical story – about a mixed race family in Salford in the 1970s. I found The Word of God to be less offensive and generally quite ‘humanist’ in its acceptance of characters (though some might argue about the wedding scene involving Uffe and his son’s Christian community). A more recent Nordic story which has less in common, apart from a seemingly anti-social lead male character, would be A Man Called Ove (Sweden 2015). Uffe is completely ‘unreconstructed’ but he does the right thing by his ‘patients’. He’s less successful with his children – though I think he always means to be helpful. Søren Malling is a terrific actor, but I hope the paunch he developed to play the role was prosthetic. The Word of God might confirm all the typical traits of Danish life in the 1980s for some audiences (including a questionable sex scene) but I was onside throughout. I hope this film gets a release over here and many more audiences in the UK get to enjoy it.

A trailer with English subs is here: https://www.levelk.dk/films/word-of-god/4003