Hec (Sam Neill) and Ricky (Julian Dennison) hiding out in the mountains.

Hunt for the Wilderpeople was a big hit last year. In New Zealand it made over US$8million – which would mean 1 in 6 of the cinema audience saw it. It had success in Australia and healthy returns in both North America and the UK as well. So, what is the attraction? It’s not difficult to understand. Here is a family comedy with a rebellious streak that stars a likeable young teenage boy and a star actor familiar to all. It also helps that it was shot in the mountains and forests of various parts of North Island, New Zealand – and, yes, there is a Lord of the Rings joke.

Ricky (Julian Dennison) is a 12 year-old boy abandoned by his single-parent mother and now has a petty crime record that drives his social worker to her last resort for foster carers. They are Bella (Rima Te Wiata) and Hec (Sam Neill), a seemingly unlikely couple living on a remote farmstead. Bella is a ‘warm earth mother’ and a rescuer of waifs and strays, but Heck is a cantankerous old bastard who accepts Ricky only to please Bella. Ricky quickly sees that Bella is someone who might actually care for him, but when something bad happens, he and Heck have to team up and go on the run in the ‘bush’. 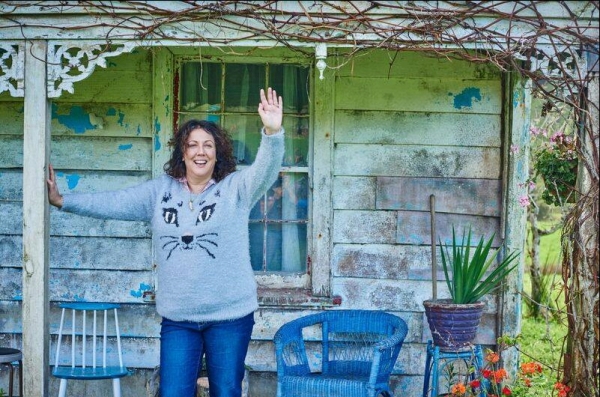 It doesn’t seem much of a story, unless it is going to be an epic struggle against the elements and the dangers of the ‘wild’. But for all his faults, Heck is a sensible man of the mountains and forests. The pair could survive for many weeks, even with the authorities, led by Paula (Rachel House) the dragon-like social worker, in constant pursuit. Director Taika Waititi has had plenty of success in recent years, headed by Boy (2010), one of the biggest ever films at the New Zealand box office. He knows exactly what he is doing and expertly builds the ‘odd couple’ relationship between Ricky and Hec that becomes the focus of the film.

I realised quite quickly that the central idea of the film was very familiar and that elements of Pork Pie (New Zealand 2017) were beginning to crop up at regular intervals. Pork Pie (like its predecessor, Goodbye Pork Pie, 1981) is an adult road movie with a young Maori tearaway and an older white guy racing through New Zealand with a massive police hunt and a social media campaign attempting to find the duo. This is what Hunt for the Wilderpeople becomes in its third section. The difference between the two films, apart from the age differential, comes from the origins of Hunt for the Wilderpeople in the 1986 novel Wild Pork and Watercress by the comedy writer Barry Crump. Crump himself is presumably the model for Hec. He was famously an archetypal ‘outdoorsman’ whose adventures formed the basis for a string of comedy novels and a big celebrity status.

Ricky reluctantly poses with TK (Troy Kingi) one of the people he meets in a remote house in the bush.

My knowledge of New Zealand ethnic identities is not great, but clues in the dialogue suggest that Ricky has a Maori identity. Rather than the heavy social typing (he has been abandoned by his mother and is in care with a social worker) I noted the scene where he reads the police ‘Wanted’ notice and comments about the description of Hec as Caucasian – “They’ve got that wrong since you are obviously white”. Ricky names his dog ‘Tupac’ and sees himself as having ‘rapper’ potential. Not much, I know, but the point is that this is almost a ‘colour-blind’ film made by New Zealand’s most successful Maori filmmaker. It’s the kind of film that would be difficult to make in the UK, US and probably Australia. Most of the cast are Maori and it doesn’t really seem to be an issue. Taika Waititi presumably doesn’t feel the ‘burden’ of representing Maori identity in contemporary New Zealand, in the way that some UK directors from African-Caribbean or South Asian communities feel the pressure to represent a ‘community’. It’s difficult from outside New Zealand to be sure how a film like Hunt for the Wilderpeople is understood in terms of identity. For instance, in the image above, Ricky is reluctant to pose for a selfie with TK who sticks out his tongue in what I take to be a gesture from Maori warrior traditions. I’m not sure which aspect of all this makes Ricky embarrassed. I’m happy to be informed by anyone who knows how to read this!

I realise that I haven’t emphasised just how funny many parts of the film are. There are some good movie quote jokes and the relationship between Ricky and Hec works equally well as comedy and genuine emotion. We’ve seen this kind of relationship in several well-known films and it depends on getting the mix right between the experienced adult actor and the relatively inexperienced younger actor. Sam Neill and Julian Dennison are both excellent and we believe in the relationship as it develops. Waititi provides a quartet of oddball characters, including a loopy priest played by himself. The redneck hunters and ‘psycho loner’ seem more heavily typed as do the social worker and her police side-kick. Only the young girl on a horse makes a connection with the emotional drama, everything else is played for laughs. I’m not sure that Hunt for the Wilderpeople would stand up to intense scrutiny as a narrative but as a comedy with a heart that races along with plenty of laughs on the way, it’s hard to beat.