The release of Pork Pie on February 2nd 2017 was a significant moment for the New Zealand film industry. In 1981 Goodbye Pork Pie, co-written and directed by Geoff Murphy, became the first homegrown smash hit for the NZ film industry. Thirty-six years later, Geoff’s son Matt Murphy has directed what may be the first commercial remake of a popular Kiwi film, thus marking a certain coming of age point for the industry.

The two films are road movies and comedies that act as love letters to the landscapes and characters of New Zealand. Pork Pie starts in Auckland where a young Maori escapes from a group of villains by stealing a bright yellow Mini Cooper S and heading South. This is Luke (James Rolleston) and on a rural road he nearly runs down Jon (Dean O’Gorman) who has already been been introduced to us as an older guy, a would-be writer who is going nowhere and now wants to find his ex-fiancée whom he jilted out of cowardice. A little later this odd couple rescue Keira (Ashleigh Cummings) from her boring and humiliating job in a drive-through burger bar. Together the three of them will then head further south with an ultimate destination of Invercargill – the last major settlement before Antarctica. On the way they will have to deal with increased action by police trying to catch them and media coverage that threatens to expose them – as well as making them into rebels/anti heroes. This brief synopsis suggests a familiar genre mix and in one sense that’s all it is. What elevates the film are its local references, strong performances (all three actors are well-known in New Zealand) and enjoyable soundtrack. As an example of Kiwi filmmaking it demonstrates strong production skills and an excellent use of locations. The highlights include a stunning car chase through the centre of Wellington and, in one of the local jokes, a clever way of getting the car across the Cook Strait and onto the roads of South Island. I’m not sure that there is much more to the film than this brief outline suggests. I found it enjoyable, mostly because of the playing of the three central characters and because I recognised the locations in a madcap chase through the streets of Wellington. 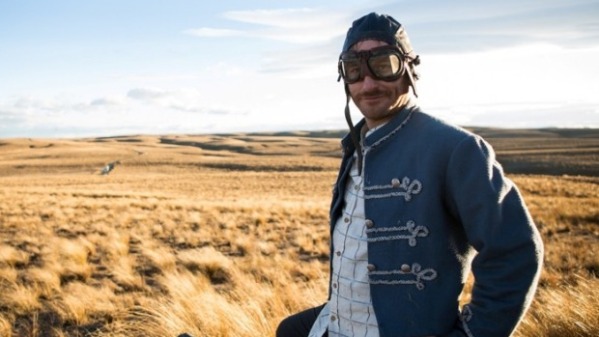 The important narrative information is that Luke is a highly skilled driver and the stunts with the car are very well-handled. The use of a Mini-Cooper does perhaps hark back to the classic scenes in The Italian Job (UK 1969), though the current Mini is a rather bloated version of the original. Keira is the character responsible for the social media coverage which provides a narrative device not available to Goodbye Pork Pie. The film’s title has had various explanations in the past, with the most popular suggesting that Pork Pie refers to the rhyming slang for lies – porky pies. Jon is the character who has lied to himself and by extension to his girlfriend – and now it’s time to put things right. Others have suggested it is a reference to the Charles Mingus number ‘Goodbye Pork Pie Hat’ that is included on the soundtrack. As Variety‘s reviewer points out, the appeal of a car-chase road movie with attractive young rebel characters should be universal, so I expect the film to find international buyers. According to IMDb it is due an Australian release in May and since the NZ distributor is StudioCanal, I think it should get European releases as well.