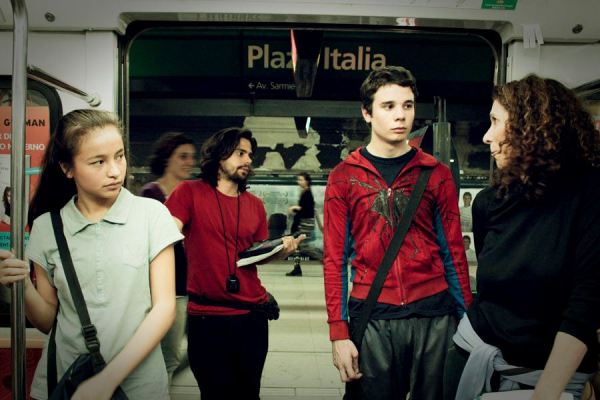 I couldn’t find any festival coverage of this film (which was screened at several important festivals) – which surprised me as this was perhaps the most affecting of the films over the ¡Viva! weekend. It’s a youth picture and coming of age story crossed with a family melodrama and presented almost as social realism but with fabulous music and an element of ‘performance’ built into the narrative.

The second screening of the film was preceded by a very useful presentation on ‘The Latin American City in Cinema’ by James Scorer of Manchester University. He explained that the barrio (shanty town) where the central character lives is close to Puerto Madero, one of the newly renovated and now upmarket districts of Buenos Aires. An intelligent young woman, María is soon to finish elementary school and will be offered a scholarship to a high school – a potential way out of the barrio. She lives with her grandmother in a small shack which is shared with Garrido, the grandmother’s younger ‘companion’. María gives out junk mail on the subway system, often meeting an older friend who sells biscuits. One day she meets ‘Araña’, an older teenage boy who wears a Spider-Man hoodie and performs juggling and other tricks on the subway trains. 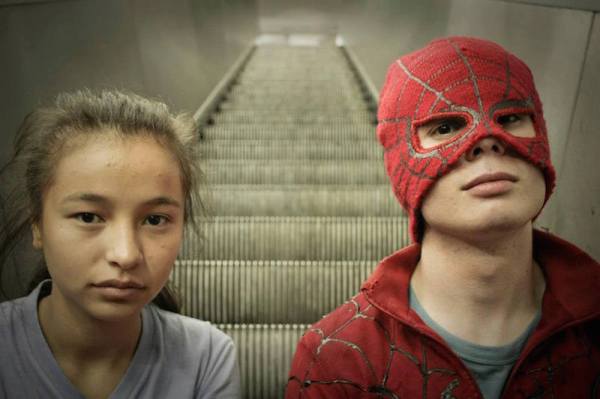 María is played by a non-professional, Florencia Salas, who has a smile to break hearts. Araña (Diego Vejezzi) is a similarly attractive and engaging young character. All seems set for a sweet teen romance, but as the Buenos Aires Herald puts it: ” . . .  as the film unfolds, another story comes to the foreground, a story of subjugation and hidden pain”. The narrative develops in ways that are perhaps predictable but the presentation of the story is successful in representing a range of emotions – including a surprising and in some ways quite optimistic ending which is nevertheless underpinned by the knowledge that the lives of the young people in the barrio are still constrained by the failures of adults, both in the barrios and in the wider civil society of the city, to protect and nurture young people.

I was impressed by the subtle ways in which some aspects of the narrative are developed. Maria’s teacher knows something is wrong and expresses it with the slightest of looks askance. There are also some very strong visuals as befits a melodrama. The skill is in bringing these different elements together smoothly. I enjoyed the music in the film very much. It is mostly diegetic performed by bands in the shanty town and buskers on the subway. The music and the cinematography heighten the emotional pull of the film by contrasting the vibrancy of the performances with the restrictions of life in the barrio.

Director María Victoria Menis has made other films that have got some recognition outside Argentina, mainly in France (this is a French co-production) and I think that María y el Araña deserves to be seen more widely as well. The long trailer here which includes some extended scenes gives a good idea of how the film works. Most of what I discovered about the film came from the film’s Facebook page and the Argentinian production company’s ‘official website’.