The Majestic interior as a cinema.

This was an art installation that I attended with other Friends of the Hyde Park Picture House. The installation was organised and present by the Pavilion, a Leeds-based art project that seeks out new commissions from contemporary artists. One of the skills of the Pavilion is its ability to find unusual locations: in this instance a disused cinema.

The cinema was The Majestic, a city centre disused building in City Square, Leeds. The cinema opened in 1922 and closed for film screenings in 1969. It had further life as first a bingo venue and then a night-club but has been empty for eight years. As part of our visit we had a talk about the cinema by Alan Foster, Chief Projectionist at the Hyde Park Cinema, who is the technical advisor on this project. The Majestic was opened in 1922 but the developers had a rather quaint idea about a film theatre. They did not include a projection box and one of their first problems was to make space for the installation of the projection equipment. The screen was placed against the front of the building, where the main entrance is now to be found. It had an organ at the side and an orchestral pit for musicians. There have been a number of extensive conversions but some remnants of the original remain, including the impressive dome with the surrounding frieze of charioteers relatively intact.

The cinema opened with a screening of D. W. Griffith’s great melodrama, Way Down East (1920). It is nice to think of the Griffith’s favourite star Lilian Gish appearing as an early image on screen with live music accompanying her performance. The Majestic ran as a cinema to the 1950s, though its inadequate interior design did not help its success. Then in 1957 it was converted with the installation of 70mm projection for the large screen Roadshow versions of popular films. South Pacific (1958) was an early popular success. The greatest was the Roadshow version of The Sound of Music (1965) which ran for two and a half years: approximately 1800 performances. The closeness of the audience to the large 48-foot wide screen was an attraction for enthusiasts, some of who travelled across from Manchester and up north from London. However, the falling audience of the 1960s led to an end of this fare. The last film was The Good, the Bad and the Ugly (1966). Alan felt this was a rather inadequate ending. However, the thought of an unkempt Eli Wallach to the sound of an Ennio Morricone score seems a poetic finale. Especially as the film is a sort of epilogue to that central cinematic genre, the western.

Alan then introduced us to the film installation. This is screened in the basement due to technical restrictions. There is an impressive if rather dark curving staircase leading down. The project has a portable 35mm projector with a temporary box and a specially erected screen. The ratio of this resembles some very early film, being about .8 or .9 to 1. 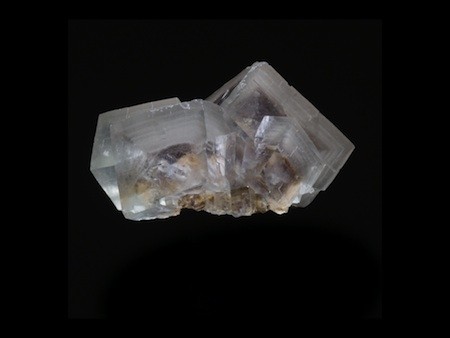 The installation is the work of Melvin Moti. An artist based in the Netherlands who has worked previously on film projects. The film, which runs for 24 minutes, is titled The Eightfold Dot. The pavilion notes describe this: “the idea of the fourth dimension pre-occupied writers, artists, theosophists and mathematicians, Mot-‘s 24-minutes silent film is a narrative – about a dot, line, square, cube and hypercube – that moves from the symmetrical atomic structure of crystals to the outer most edges of our universe. From shadows to solids..” In a nice touch the film coincides with the centenary of the invention of X-ray crystallography in a physics laboratory in Leeds.

This is an abstract work with shifting images, from frameworks to diaphanous strictures to solids. It features dissolves and multi-images. It is a fairly subjective work but with intriguing contrasts and a clear development. We saw a new 35m print, which looked good. And it was silent, apart from the distant hum of the projector and the slight scrape of the celluloid on reels.

The Pavilion has been running open afternoons on Wednesdays and Saturdays from 12 noon to 6 p.m. The final opportunities will be over the next fortnight up until December 20th. The cinema building is a really interesting site to visit and the film installation is a fascinating one-reel exploration. Moreover it offers an opportunity of tranquillity and peace as a break in the hassle and crowds of the Xmas shopping period.